Croz was initially inspired by Ashley Hutchings' Morris On albums in the late 1970s. He learned the fiddle and melodeon while getting involved with Sandbach Morris, a Cotswold Style side. In 1977, whilst at Hull University he was heavily involved in the folk session scene. And then joined a new dance band playing mainly English music (which was radical in Hull at the time) with some great local musicians and hoped that he gave as good as he got!
Most significant event was getting involved in the great English Music revolution; which revolved around the first English Country Music Festival in 1977 and became totally influenced by this “radical, alternative” music.
Other bands and musical work
In 1980 he joined local Stoke band, the legendary Oatcake Billy’s Ideal Band which kept him very busy for well over ten years.
Apart from Cuckoos Nest, of course, he has been a musical tart whenever the opportunity has arisen. The most memorable has been “Neck End Alliance” his first band experience in 1975. Also has been a member of Hull’s own “Jim Eldon’s Sharpshooters” (Scratch cello!) and of course, Dave Rhead’s New Urchins. 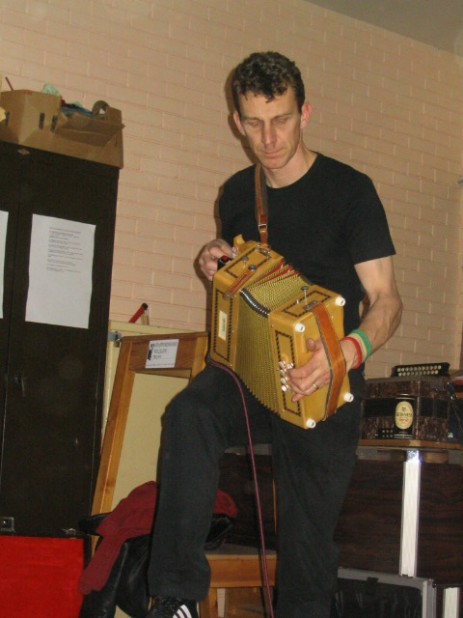 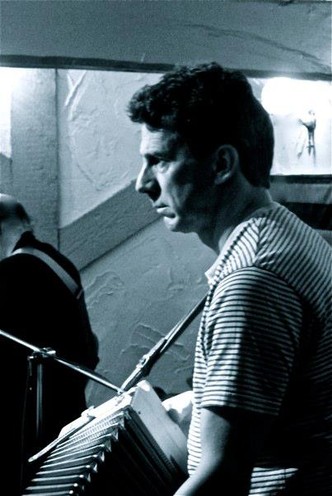