Dave Rhead is a familiar figure in and around the Moorlands of Staffordshire. Whether as a member of the numerous bands he’s been involved with; as the driving force the Cuckoo’s Nest Folk Club or as one of the founders of Leek Arts Festival, Dave has made music his life.
Other bands and musical work
With a few friends in the early 1960s, he formed The Urchins, who hit the road looking of success after their first gig at a parish supper. They played all over the country in workingmen’s clubs. Also, they played at Leek Town Hall with Johnny Kidd and the Pirates, Gene Vincent and The Hollies. It was Graham Nash who taught Dave how to play they C chords properly.
Following this, he discovered folk music for which he is mostly associated. His first folk group was Parke who along with 2 albums were regulars at The Mermaid, The Abbey Inn and Leek Rugby Folk Club.
He then formed Cuckoo’s Nest as a ceilidh band which was also the resident at The Cuckoo’s Nest Folk Club who hosted many acts like Barbara Dickson, Mike Harding and Jasper Carrot who would become big names. Wincle, The Basement Band and The Travelling Wrinklies have all had the Dave Rhead influence over the years.
Musical influences
The first rock ‘n’ roll record he heard was "Singing The Blues" by Guy Mitchell on a 78 played by his sister, Peggy. That inspired him to buy a cheap guitar and teach himself with the help of the Bert Weedon book that everyone will remember.
Following the pop career with The Urchins, he watched Hullabaloo which was a half-hour ABC-TV folk and R&B showcase from the Midlands that ran from 1963 to 1964. On this he saw Long John Baldry singing the blues and Martin Carthy who performed traditional folk songs.
Those who have attended the Cuckoos’ Nest Folk Club at either The Peak Weavers Hotel, The Maude Institute, The Swan Inn and more recently at The Foxlowe and Red Lion in Cheddleton will notice the depth of feeling for roots, acoustic and folk music he has in his blood.

This page expresses the acknowledgement of Phil Edmeades who as Editor of Local Life in 2006, compiled the information on this page. 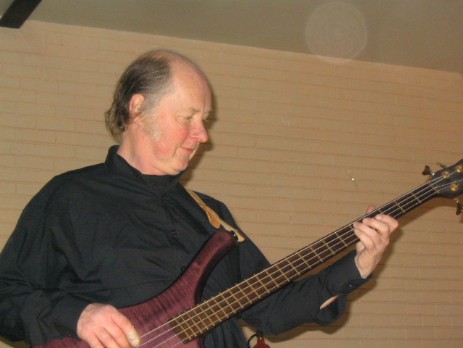 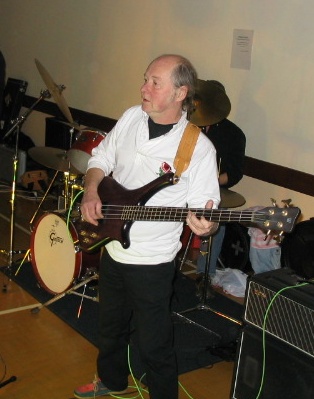